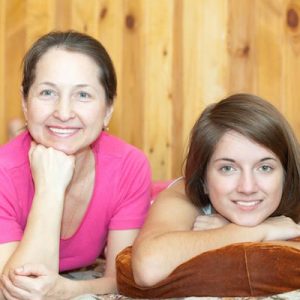 bodily function that directly affects 1.8 billion human beings on the globe. Open conversations about periods are fraught with shyness and hesitation even between our mothers and daughters, let alone involving the male members of our families. Menstrual education in the classroom involves a threadbare introduction to “facts about girls” that barely makes the matter look like the perfectly normal thing that it is.

In the yester years, menses meant a mess. For generations, women have burdened a legacy of “secrecy”, bending backwards to keep their period hidden from the opposite sex like it’s gross. Even with the invention of advanced menstrual hygiene methods such as menstrual cups, period dignity appears to be some distance away.

Secrecy hasn’t helped the cause of menstrual education one bit. If anything, it has resulted in an insensitivity toward those going through a period, but more than that it has given rise to a number of intriguing myths and false notions around periods.

A lot is changing for the better in modern times. Governments and organisations recognise the need for open period talk between genders. Right from curriculum at school to charities working towards imparting advanced menstrual management methods to developing nations – there’s a slow but steady movement towards shedding the secrecy and getting real about menstruation.

However, the most powerful lever for change lies in proper parenting and this hasn’t been fully unleashed yet. Imagine what would happen if every parent in Australia started encouraging open period talk before their kids turned ten, in much the same way they would deal with potty training before they turned three, addressing the issue in a matter of fact, “let’s get this straight” style. Within just a couple of years period shame would evaporate and every menstruating girl would walk with pride and dignity embracing how she is designed.

The idea that menstrual education needs to start from home is a potent one, and if it catches on, has the potential to truly catalyse the change in mindset towards period dignity.

What and Where Our Boys Learn About Periods

School curriculum around menstruation is woefully substandard not just in Australia but in most countries around the world. On top of that, if you ask the boys about it many will tell you that the topic was either glossed over or that they learnt nothing at all in school. Boys often buy into notions of uncleanness or smell around periods driven home by mainstream advertising often until the time they have girlfriends. It’s unfortunate that they rarely have access to correct facts in the classroom.

Now let’s examine the situation from a girl’s perspective. Shared learning of the science behind periods in a safe environment is perhaps all the support a young girl needs inside a classroom to avoid getting bullied or shamed outside it. And are we doing enough?

We Need a Mindset Change

The Department of Education, Southern Australia talks about the physiological and psychological impact of the lack of awareness around menstruation. The article highlights that 20% of teenage girls miss school from 1 to 7 days per month because of their periods. Their participation in activities is greatly affected by pain, discomfort and the fear of leaks. Non-profit organisation, Share the Dignity in association with QUT commissioned a report  on period poverty which is yet another dimension to be explored within the context of period dignity affecting girls in economically weaker communities. The report asserts that lessening period poverty could improve period dignity for school going girls.

Innovations in science have helped women ditch pads and tampons for products like the menstrual cup and period underwear. Research has shown that menstrual cups are way cheaper, more effective and safer than traditional methods, no doubt furthering the cause of period dignity in our societies.

But the real need is one of mindset change that needs to permeate through government and corporate policies, curriculum in schools, support groups, right down to each of our homes. If you’re committed to the cause of period dignity as we are at MCA Online, why not share this post and let’s start the conversation!